"The Castle: A Cornwall Love Story"

The Cornwall Historical Society is pleased to announce the publication of “The Castle: A Cornwall Love Story” by Jeffrey Jacobson. The book is an adaptation of the lecture presented by Jacobson in 2010 and includes 21 historic and contemporary images of Cornwall’s “Castle” and its first residents. 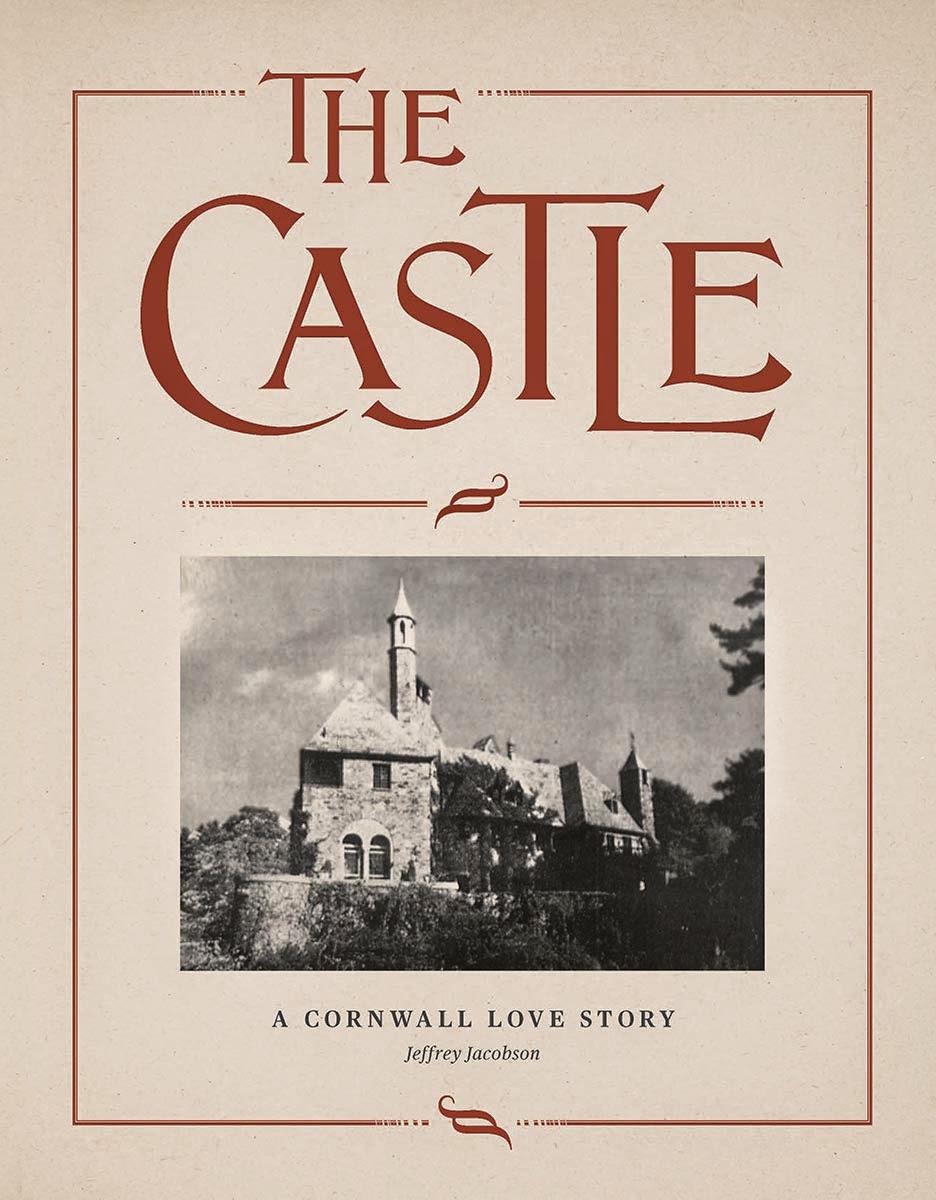 The Castle is a unique Cornwall landmark, built during the 1920s by NYC socialite Charlotte Bronson Hunnewell Martin. Shortly after purchasing Turtle Bay Gardens, a complex of brownstone townhouses in New York City, Martin began building a unique country retreat for herself and her husband, Dr. Walton Martin, in Cornwall. Dubbed “The Castle” by locals, the 8,412 square foot mansion was completed in 1924 and was used as a summer retreat. Charlotte added a pottery to the estate in 1927, hiring Vincenzo Rondinone to be her resident artist. Rondinone's Narrow Valley Pottery, and the Castle itself, became integral parts of Cornwall's history.

Over the course of the past 50 years, following the death of Charlotte Martin in 1961, the Castle has been a private country retreat for a number of owners, one of whom added a helipad to the property. The Castle's most recent owner, hedge fund manager Alphonse “Buddy” Fletcher, purchased the Castle for $5.9 million in 2000.

Jacobson will discuss his research on the Castle at a special talk and book signing on April 11, 2015. The program will be held at the Cornwall Town Hall, 26 Pine Street, beginning at 4 p.m. Copies of “The Castle: A Cornwall Love Story” will be available for purchase for $15 each. Cash or check only, no credit cards.

"The Castle: A Cornwall Love Story" may also be purchased online through Lulu.com and Amazon.com.
at 12:16 PM

The Cornwall Historical Society is located in Cornwall, Connecticut. We post our latest news and short essays about Cornwall's history on this blog.

For more information about us, please visit our website, cornwallhistoricalsociety.org.